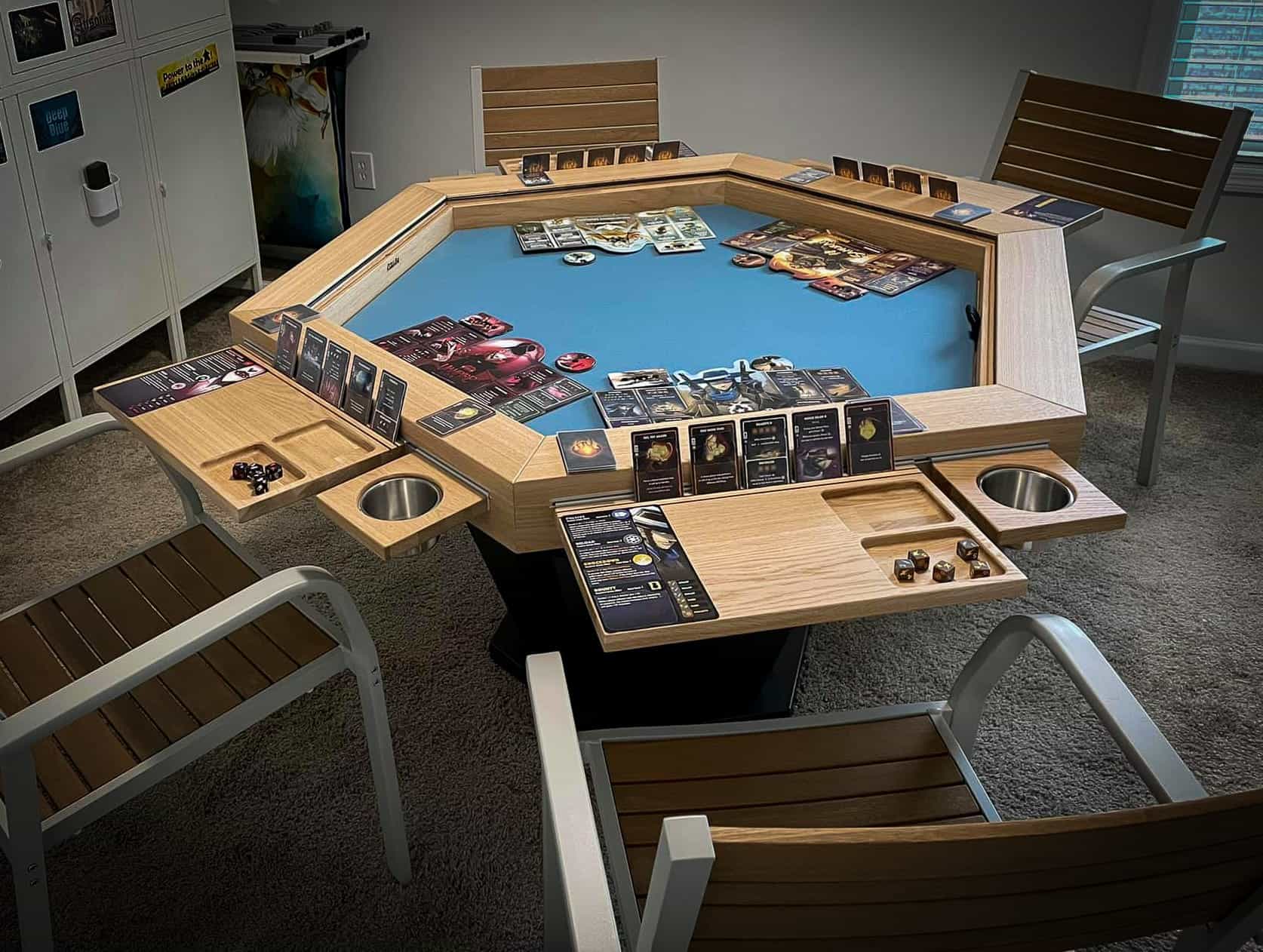 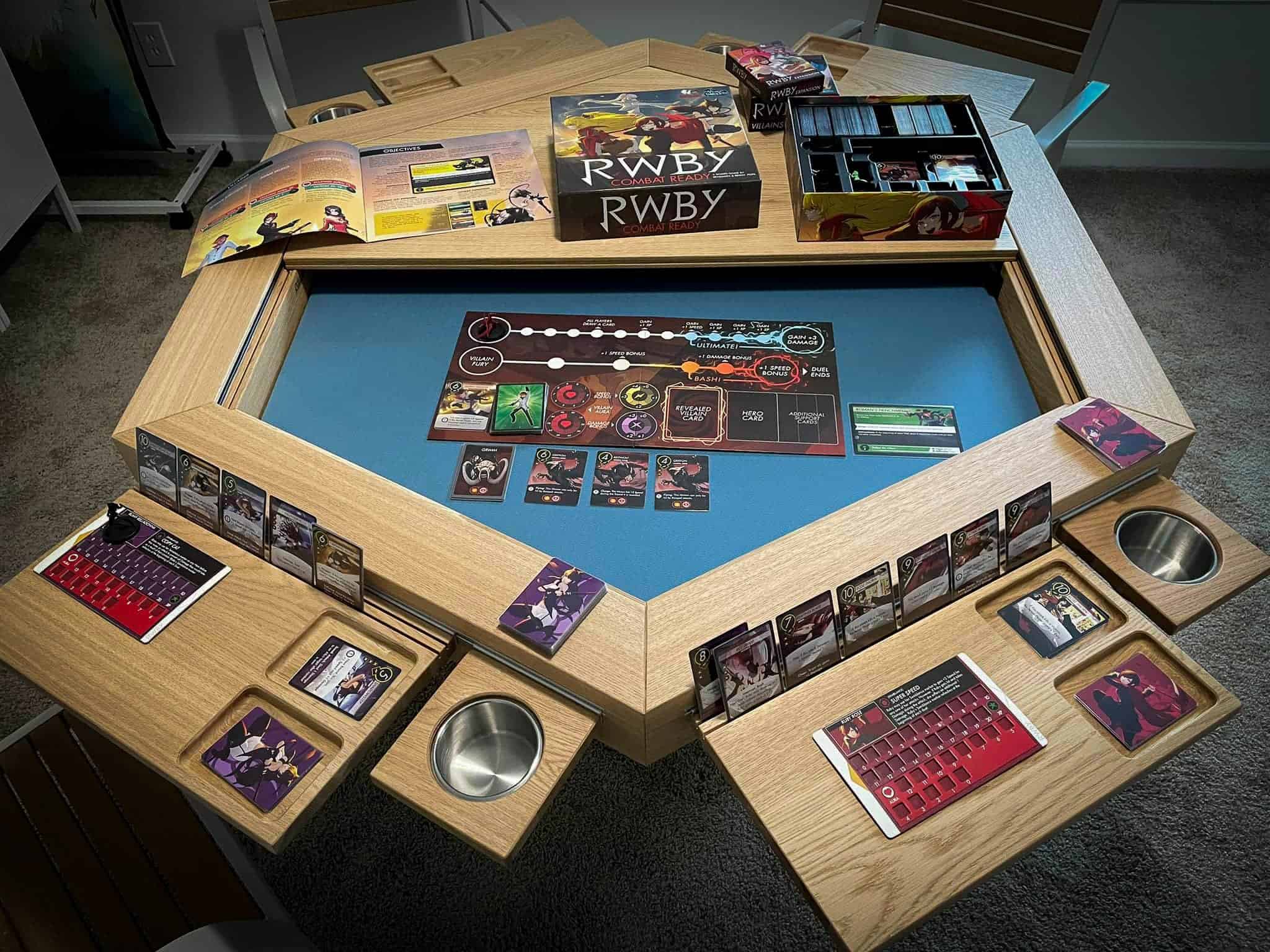 I viewed the main page several times and turned out multiple quotes using the cost estimating tool. The options were plenty, and worth every thought because all of them actually brought value to the product. They were also worth every penny as the table was not inexpensive. As I mulled over placing a down payment for the Hive gaming table, Rathskellers addressed every single one of my questions without fail and like clockwork. I had never been so sure about receiving a timely and meaningful response with any other organization or company. We discussed costs, materials, and even the complex measurements of a hexagonal table.

After about a month, I placed a down payment for the Hive Gaming table. That was the continuation of a great beginning. Most other companies would have been silent after the deposit. Responses would have been slow, or until the product was ready to be shipped. Rathskellers continued to answer my questions, make adjustments to my order, send photos, and even reach out to me to ensure they were building the best table for me. I made a couple erroneous measurements. They could have built the table anyway and shipped it off, but they paused to discuss the numbers with me. Yes, the table was truly hand-crafted. It did not come off of an assembly line, which if not for the photos during construction (and the communication), would have fooled me.

The table is gorgeous. It’s smooth. It shines. It’s grand. It feels good to just sit there. I was always concerned about whether the table would be large enough. Rathskellers assured me that it would work given my requirements and they were not wrong.

This is a hexagonal table (6 sides) and I have plenty of elbow room, plenty of player space, I can literally reach the center while feeling comfortably far away from the other players (we’re not bumping hands), and nobody can see my cards standing upright in one of multiple ledge lines.

I highly recommend a table from Rathskellers. You won’t be disappointed by the communication or the product.