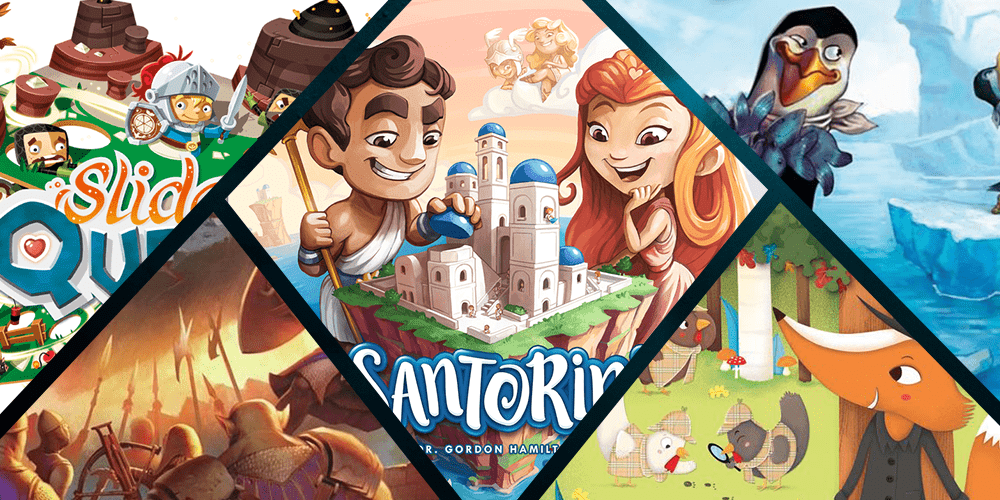 8 Great Games to Play with Your Kids 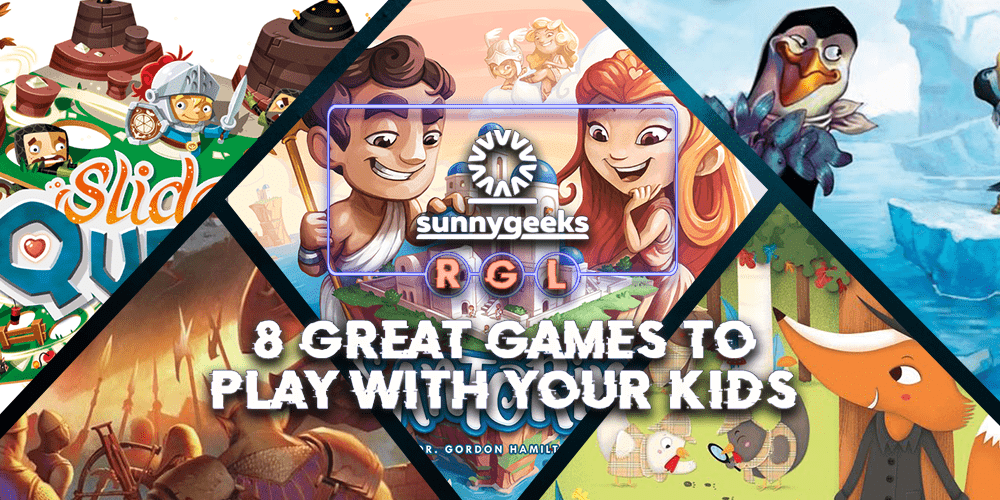 You’re out of ideas on what to preoccupy your kids with next.

Thankfully, there’s a solution at hand.

Many companies have released a fantastic range of games that are not only great for kids but genuinely fun to play too. Ranging from co-op masterpieces, engaging problem-solvers, to options that offer genuine competition – there are a wealth of choices for any nerd parent.

You pick up your penguin, move your penguin, then snaffle some fish. Simplicity itself, right? Wrong. Easy to learn, Hey quickly devolves into an obsession for kids of all interests. Some players want to destroy the icefloe, others are keen to send their sister sailing off into the ocean, and some just really really want to eat all those goddamn fish. Cheap and quick to set up and tear down, the game is a fantastic way to teach logical thinking, movement and counting, and prove to be a great excuse to play with a bunch of tiny plastic pengwengs. A low-risk no-brainer.

For those looking for something that straddles the ground between game and toy, Blue Orange’s exceptional Slide Quest is a fantastic pick for players young and old. Players control a brave (re: adorable) knight as he rolls around a modular board attempting to complete his mighty (re: cutesy) challenges. Play is controlled through four simple levers on the edge of ball-bearing labyrinth game. This makes it perfect for co-op play, forcing players to work together to guide the knight to his goal – letting you work together to create amazing memories.

While it may be tempting to start your family on games that are simple enough for adults to play, picking up a children’s copy of a game can be an incredibly effective way to get them up to speed. When it comes to great starter games, few are better than the exceptional Carcassonne Jr., that trims the game’s already straightforward ruleset to the absolute minimum. Perfect for younger kids, each tile drawn from the game will match and, when a road is finished, the player puts their character on it. Colourful and fun, this is a great entry-point for the series and great choice for kids that like to create and explore as much as compete.

A blast from the past

Do us a favor. Get up and take a look at the back of your kid’s toy cupboard. Nestled between the copies of Monopoly and Scrabble will, almost certainly, be a copy of Ravensburger’s long-standing classic. Asking players to navigate a steadily shifting maze, Labyrinth has been a staple of homes since the 80’s for good reason. Encouraging friendly competition, exciting plays, and easy-to-learn rules – Labyrinth is great for all ages and is a perfect start for would-be problem solvers of all ages.

Can you outsmart the cunning fox?

For those with kids that are budding sleuths, it’s time to put them on the case and discover just where the heaving sack of drug money has been burie- ok, fine. It’s a co-operative game about trying to uncover just how has filched a pot pie from a windowsill. This sees players work together to gather clues about which suspicious, and beautifully designed, cartoon fox has nabbed dinner from under your nose. Powered by dice and process-of-elimination guesswork, this is a fantastic pick for kids that love a story and are happy with a bit of challenge. Quick to play and designed to let mum or dad step in when things hit a dead-end, it’s a perfect choice for animal fans every.

Clash for the crown

Now we’re talking. First launched in the bygone days of 2013, Cube Quest is an amazing dexterity game from Gamewright that allows players to build the army of their dreams and clash across the tabletop. Except, they’re all cubes. Played across two neoprene boards, players put together their custom army from a set number of points and take turns flicking their warriors across the table. With an end goal of eliminating your opponent’s king, strategy soon plays a major part. Some units get extra moves, can freeze your enemies, or undertake strategic gambits into enemy territory. With a simple ruleset with a range of extras, this is a great game for kids of a range of confidence levels and is perfect for keeping the most animated of players entertained. Although you may have to deal with cubes skittering across the board and under cupboards, playing on a recessed table can prevent unwanted cube losses and keep sessions going longer.

Originally developed as a teaching tool for younger children, there are few games that offer accessible complexity like Santorini. Quick to teach, players move and build layers of the town, with the end goal of reaching the third level of a tower before it’s capped before an opponent. Breezy and fun, the game does an exceptional job of teaching the fundamentals of tactical movement, paving the way for more complex games like draughts or chess. And, for those that are looking for a little more fun, adding unique powers into the mix can help keep things fresh game after game.

Can you win the ghosts?

For those looking for something that all members of the family can play, there are few choices better than this co-op masterpiece. Putting you in the sneakers of junior ghost investigators, players have to work together to hoover up all of the haunted mansion’s eight gems before the end of the game or when the ghoulies attack. Easy to pick up and scary (while still remaining safe) fun, this is great for kids that love creepy stories and working together for the greater good. Available at a budget price, the game is an excellent addition to every collection. And with cutesy art and a pick-up-and-play style, there are few better games to crack open this weekend.

What board games do you play with your kids? Tell us in the comments!

Hi,
these games sounds all great. I think we have to try Santorini with our daugther.

In the moment she love Biss 20 (this is the german name).

have a good time and stay save.