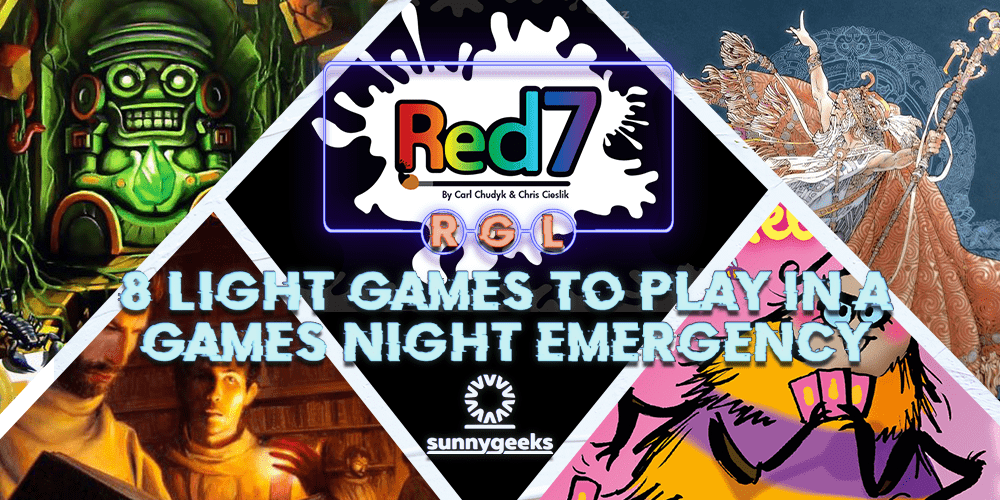 7 Great Games to Toss in Your Travel Bag 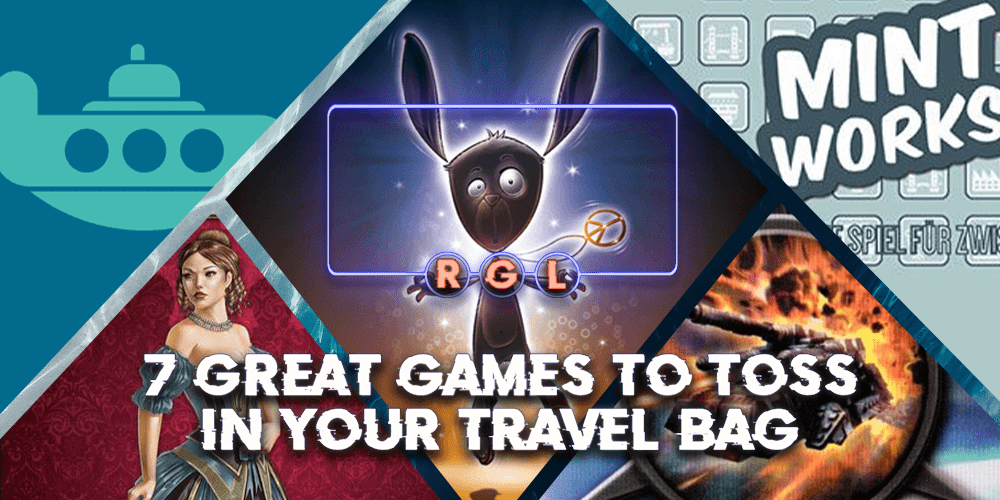 With things slowly, but more-or-less steadily, going back to some kind of normality, travel is coming back to the table. But whether it is for business or for vacation, going away from home doesn’t mean you have to leave your games behind!

For many players, having a game on hand to play can help you squeeze in a session or two when the opportunity arises. And while we may specialize in providing world-class gaming tables, we know how important it is to have games in your collection that can be broken out anywhere. This can be over lunch, after work, after bumping into a friend on the street, or when travelling. And, once this has all ended, there the game stays to re-emerge when it’s all but forgotten about for a fun session.

So, here are seven fantastic games to sling into your satchel, handbag, or carry-all and break out when the opportunity arises. Starting with-

A romantic classic in a small package

Arguably the perfect pick to start our list, Love Letter’s simple ruleset and rapid play makes it a solid choice for any gaming enthusiast. Playing perfectly at its maximum headcount, the game asks you to play cards from your hand and eliminate your rivals as you attempt to win a fair princess’ heart. Or wooden cubes. Both are good. Lightweight and easy to tote about in the game’s draw-string bag, this is a perfect alternative – or addition – to ferrying around a pack of cards and can light up an evening the next time you catch up with your friends during the day.

While it’s important not to put your friends at risk during the pandemic, there’s a few safe ways to push your luck while remaining diligent and responsible. Published by the iconic Oink Games, this minimalist masterwork sees you diving for treasure on the ocean floor, with players rolling a dice to decide how far they want to brave the deep to grab the points they need to secure a win. However, as soon as one of you decides to turn back, the race is on. Movement starts using valuable air and players have to decide to play it safe or risk it all as they scramble for points. Great for groups of four and up, the game’s tiny (but robust) box is a perfect to keep the game safe and break it out when the need arises.

Another exceptional choice for gamers of all levels, Red7 took the market by storm when it was first released. Housed in a neat (and surprisingly durable) cardboard sleeve, the game asks players to achieve one simple goal. Win. Playing cards from your hand will allow you to meet the game’s rule conditions or, if you like, change them. With players whittled down quickly, play is fluid and fast – making it a perfect filler or a surprisingly tactical game if the advanced rules are deployed..

How well can you communicate with your mind?

Released to acclaim in 2018, players are asked to get rid of their hand of cards at speed into  central pile. And that’s it! Well, except you’re not able to communicate, players can go whenever they want, and you only get a number of ‘lives’ per session. Part experiment, part game, the Mind has secured a place in the tournament scene for its ability to bind a group together in a telepathic gaming session. Subtle cues and tells become important and, once the wafer-thin rules are taught, anyone can join the session. Add the fact that this fits in a teeny-tiny box, and you’ve got an experience in the bottom of your bag that has to be played to be believed.

Ok, out of all of the options on this list; this is the physically heaviest despite being incredibly elegant. Available as a generous starter set, the game merges the worlds of Magic the Gathering and Dominion as players attempt to vaporise their opponent’s armada before they can do the same. Each hand sees players buy new ships to add to their deck, bring them out to play, and attempt to do the deep-space equivalent of smashing them with a colossal cudgel. Highly expandable and surprisingly affordable, even the game’s base set offers a wealth of play options, making it the perfect choice for those hunting down a solid play experience.

The old king of party games

Perhaps the king of party games, Balderdash may not have the bells and whistles of Wits and Wagers or the craftsmanship of Codenames, but it has it where it counts. Namely lying to your friends and family while getting an insight into how their &^”%ing mind works. Players are asked to come up with the most convincing lie as a faux answer for a question, with points awarded for any suckers that vote for your lie. Marrying creativity, duplicity, and gut-busting ingenuity, Balderdash is a wonderful and low-pressure game for any group. Picking up a ‘mini’ copy of the game will provide you with a set of cards that can fit into any travel tin or remain wrapped in your bag. And when you’re at your next gathering, it’s easy to crack it out and let the good times roll.

How did they fit so much game in this tin?

When an entire game comes in a mint tin, you kind of have to buy it on principle alone. A solid worker placement game, Mint Works is the best received in Justin Blaske’s line of ‘Mint’ games, with players asked to quickly build an engine that allows them to accumulate points with speed, with sessions often running no more than 20 minutes. While it may not offer the greatest complexity, the lack of fat and wealth of tactical options makes is a perfect pick-up-and-play game and a wonderful introduction to the hobby for players.

What games do you always bring with you? Tell us in the comments below 🙂

Santorini is a beautiful game! But i am usually so involved building I keep forgetting to block my opponent (= wife). But then again, happy wife = happy life, so it is all good!

We recently took along and played The Mind and Love Letter on our pub crawl! Such small games and very nice and easy play!

Every time we bring Love Letter with us while camping, we cannot stop laughing (especially at the loser, whoops) because we use the game to determine who has to start the campfire, which none of us really like.

Hahahaha that’s brilliant! ﻿????﻿
It can be quite tense for such a small game.

I would add the Crew to this list! Quite easy to teach and jump right into!

Game of the Year by now, great choice! I need to finish it (currently halfway through).

Nice List! Love the mind. Nice Game to play on during vacation.

Love letters is a hit with us, the mind… not so much. Neither is Red7. Definitely gonna try the others.﻿ ???? ﻿

I have to try these!

Fox In The Forest is also a terrific travel game. Nice, quick game sessions as well.

Indeed, a great 2-player choice, especially if you are into trick-taking games.

This article is great for someone like me (and my family) that spend almost 4 weeks of our summer vacation on the roll with our RV. A small footprint and low weight are crucial for us. Hopefully the games listed are still available to buy. ﻿ ???? ﻿

They are all quite popular and well-received, I think you won’t have any problem hunting any of them down. Have fun! ﻿????﻿

Definitely gonna bring some to our pubcrawl tomorrow!

I’ve played 3 on this list and they’re great! Hope I can check out some of the others sometime!

Ganz schön clever would be a good additon!

Both the first and Twice That Clever, great games for this list!

If you are looking for a great game in a small box, I recommend Set A Watch! It packs a lot of game in a little space.

Admin
Theo The Spymaster
Reply to  Nick B

Is it that small? Always had in mind that it’s a big-box game/experience, interesting!

Nick B
Reply to  Theo The Spymaster

Yeah, the box is tiny. I think only a tad bigger than a Tiny Epic box

The Mind is it!
Deep Sea Adventure is also very fun, and small, but The Mind is definitely a crowd-favorite hahaha